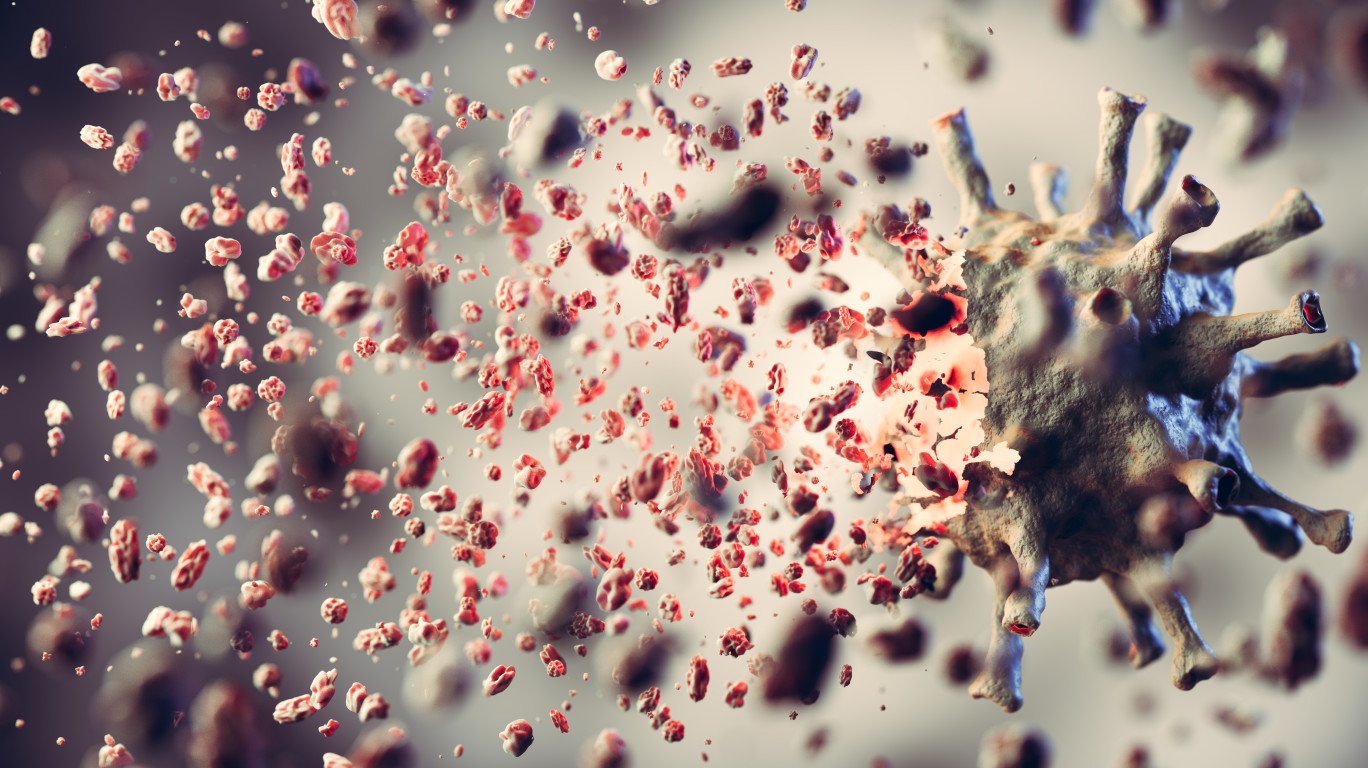 Chemical engineer Thomas Webster from Northeastern University in Boston, Massachusetts, has proposed eradicating the corona virus with nano particles. These microscopic particles would match the structure of the SARS-CoV-2 virus and would be ten thousand times smaller than the width of a hair.

He said: “You have to think in this size range. In the nano scale size range, if you want to detect viruses, if you want to deactivate them.” The proposed treatment suggests nano particles of similar sizes could latch onto individual SARS-CoV-2 viruses. The particles would then disrupt their structures under infrared light treatment. The goal is to stop the viruses’ ability to survive and reproduce in a patient’s body.

Nanotechnology researchers in Japan have proposed similar countermeasures, by developing a spray which they claim can stop a virus’ ability to spread. Professor Webster and his colleagues specialize in developing nano particles that can target and fight microbes responsible for tuberculosis and influenza. Their research is called theranostics and it combines diagnosis and therapy into a combined approach.

From our perspective at Creative Oxygen Labs we believe that the same logic can be applied but rather than delaying treatment till after the virus has entered the human body why not decompose it in the air. Bacteria’s and viruses can easily be destabilized simply by changing their molecular configuration and thats something our products at Creative Oxygen Labs can do. It is a stable, consistent and effective approach that can substantially minimize the impact of floating viruses and bacteria in the air.

These viruses, target the respiratory system with flu-like symptoms and pneumonia also shows the pathogen can likely survive on various surfaces for a few days, making it much more infectious. But the virus can be stopped from spreading by bringing them into contact with nano particles.

Dr. Thomas Webster went on to say that at present not many researchers are working on nano particles which makes it vitally important to bring this area of science in to the spotlight.