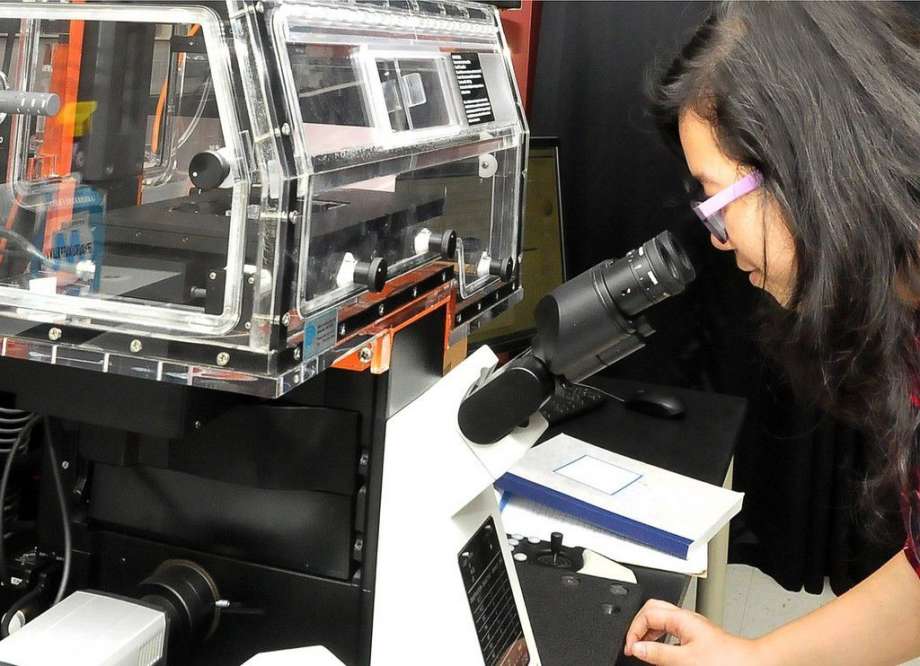 A simple technique to make a common killing virus material significantly more effective is a breakthrough from the Rice University labs of Andrew Barron and Qilin Li who have taken nano particles that everyone’s been using for years and improved its performance without any real cost, said Barron, Rice’s Charles W. Duncan Jr.-Welch Professor of Chemistry and a professor of materials science.

Titanium dioxide (TiO2) is a multifaceted compound. It’s the stuff that makes toothpaste white and paint opaque. TiO2 is also a potent photocatalyst that can break down almost any organic compound, and a number of companies are seeking to capitalize on TiO2’s reactivity by developing a wide range of environmentally beneficial products. Tile Tales During the late 1970s, scientists began to realize that the propensity of TiO2 to absorb energy from the UV end of the solar spectrum and then react with water vapor to produce oxygen could be used to create surfaces that were, for all practical purposes, self-cleaning. According to Daniel Blake, principal scientist at the Department of Energy’s National Renewable Energy Laboratory in Golden, Colorado, when TiO2 is exposed to UV light of a wavelength below 385 nanometers in the presence of water vapor, two highly reactive substances are formed: hydroxyl radicals [OH] and a superoxide ion [O2 -1] which makes them highly reactive chemicals that begin to break down the cell wall and outer membrane, allowing cell contents to leak out and TiO2 particles to enter, thereby causing cell damage and death. Hydroxyl radicals are highly reactive and thus short-lived. Superoxide ions, while longer-lived, cannot penetrate the cell membrane because of their negative charge. Therefore, both must interact immediately with the outer surface of an organism unless the TiO2 particle has already penetrated the cell.

Research at the National Renewable Energy Laboratory shows that the process works equally well on bacterial and fungal spores. Tests performed and presented at a July 2000 Air and Waste Management Association symposium indicate that TiO2-treated tiles achieved a 99.9% bacterial kill rate within one hour for such strains as penicillin-resistant Staphylococcus aureus and Escherichia coli. Another useful property of TiO2 is that it is superhydrophilic — the surface of a tile or wall treated with it attracts water rather than repelling it. Every treated surface therefore becomes a hostile environment for bacteria and viruses.